Do you want to be part of innovative a sustainable project? Search for your opportunity and make your contribution to for the sustainable growth of the economy and the planet. 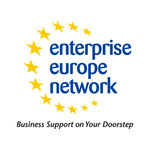 Berlin start-up offers methods for light-conducting 3D lacquers with the ability to make materials brighter and more transparent than they actually are. These lacquers show an extreme lateral reflection and transfer the property of their spacial magnification, illumination and transparency optimization to the materials. They are ideal for design-oriented applications or to illuminate materials, for colored mirrors/glass, etc. Cooperation considered is a commercial or license agreement.

Among others, new techniques of the design are presented, such as lacquer graphics with clear and opaque colors and extremely sharp color separation, or mirror silver exposure, or laser macro or micro engraving.
A Berlin-based creative start-up offers innovative methods for lacquer designs. It developed a spatial three-dimensionality and deep-optical reflection in a 3D double lacquer system. The system is based on a first lacquer in a lower and a second in a higher optical density, as a lacquer layer lens with magnification properties. This lacquer system also corresponds exactly to the gold reflection - light reflection of micro-rough gold leaf - and imitates its natural spatial and bundled scattered light as a coating with directed reflection and with optical-spatial image projection. This know-how of a novel three-dimensional surface- and material reflection, as well as knowhow for design and design management, forms the basis for all further industrial developments up to marketability.
To further develop the process, the start-up is looking for industrial partners - with support of a renowned German basic research center. The aim of the partnership is to implement a process for the design of light-conducting colored surfaces using the new light-conducting paints. The offer is suitable for partnerships with paint and glass companies or companies generally interested in reflection designs. But also a well-equipped individual company with laboratory know-how for glass and lacquers and metallization can become active in the whole range.
The start-up is also looking for follow-up cooperation with these companies. For the paint industry, the start-up can take over the further development of the paints to market maturity as a co-developer, for the glass-/design industry, taking over follow-up cooperation in design. The project can be financed by public funds or directly by industrial contracts.
Potential partners can implement the following applications with the described technology:
1.) The paint manufacturer will later be able to offer the following innovations to transfer the innovation under a commercial agreement.
● Combined metal-mirror-glass lacquers that intensify the reflection of metals or the transmission of glass with the highest color intensity
● Design and art lacquers (air-hardening) with the highest color strength, which can reflect over long distances
● Design and art lacquers also with coarse metal pigments with a distinct 3D spatial image projection
● Lacquers for macro engraving or optical laser micro engraving with spectral splitting of light on stainless steel/metallic thin films
● Lacquers for other rough, metallic or optical layers or small parts, knobs/jewelry/crystals etc.
● Car/furniture paint especially on rough silver coatings - as so-called 3D chrome paints of the next generation

2.) By using such varnishes under a license agreement, a glass company can later offer the following innovations:
● 3D color mirror, flat/also curved, as laminated safety glass - with photo-exposed or printed silver raster in float glass, whereby gold leaf, crystals, holography, etc. can also be incorporated
● 3D elements/room dividers with high translucency in float glass - additionally with photo-exposed or printed silver raster in glass, with crystals, holographic pigments and other reflective elements
● 3D laminated glass with aluminum on the back as an optical hybrid with silver as a reflective element - additionally with graphic electroplating, crystals, gold, light-conducting 3D coating
● as large-format colored daguerreotypes - photo in glass with metallic light-dark-silver pixels
● as light control/lighting modules/colored reflectors (e.g. illuminated by heliostats) for staircases, buildings, hotels, underground railways
● as laminated glass with thin marble/granite foils on the back - is transmitted by means of directed reflection (e.g. to place switching elements behind it)

By the development of a series of new binders/lacquers with optical magnification coefficients (similar to photo gelatin), a lot of other coatings with the following advantages can be successively developed: ● an inert spatial 3-D volume "refined with light" ● a completely distortion-free reflection ● a wide laterally beam angle up to 180 degrees The color system always shows a uniformly spacial image as a 3D image projection of materials and structures, and of opaque and clear colors against incident light. 3D lacquers show the greatest creation complexity of all historical or industrial color systems of the present. All designed room elements on different carriers such as wood/MDF (Medium-density fibreboard) and glass, mirrors and metals appear harmonious due to the same reflection mode and coloring. Furthermore, they show an increased reaction to incident light - therefore, the lacquers are partly suitable as reflectors. All clear materials e.g. glass become light-conductors. In addition, all opaque and metallic materials become reflectors. Possible new products on the base of 3D lacquers: ● A wide range of products in the glass-metal branch- e.g. as design/art reflectors with light guidance up to 180 degree angle - for hotel, airport, subway, etc. or glass with a "lighting homogeneity" of coloring and reflecting materials inside. ● Many surfaces with hybrid optical coatings made of clear and opaque colors and rough structured metals. ● In addition, a self leveling 3D floor varnish - as a new generation of ART WALK with spacial 3D image can be realized. ● Furthermore, there are a lot of surfaces that can be used to create special color-light-spaces. ● In addition, there is a wide range of surfaces with special color-light effects, for example as a reflective design for watches, perfume bottles or jewelry. In many cases it is not the pure technical innovation that is decisive, but the general handling of materials and colors.

In the first place the client is looking for companies from the paint industry and in the second place from the glass industry. The partners are expected to act as licensee and client of the project under license agreements. A later cooperation with both industries is also desired. Also for the paint industry the Berliner Start-Up offers a cooperation under a commercial agreement with technical assistance. It can take over the further development of the paints until they are ready for the market as a co-developer. The partner from the paint industry should especially recognize an economic potential for highly reflective paints and at the same time paints for all kinds of reflective and design-surfaces. The project is also an opportunity for the company to build up a further innovation profile and expertise in the field of design and art. Glass partners should see their "economic added value through design". A purely technically oriented entrepreneur might not be convinced to generate new market potential with design. In this context, the client is also looking for glass companies that recognize such visions as an opportunity and can align their plans accordingly with this offer.

Show your project-opportunity to generate interest of potential partners or collaborators. Companies, freelancers, or research centers can meet in Nir-vana and become perfect team together!

Increasing access to educational tools in areas and communities with l...

Join and create
your ecosystem

Meet and connect with experts from around the world. Generate your innovative ecosystem and interact with them thanks to the different functionalities of Nir-vana: exchange spaces, lists of opportunities, expression of interest

Increasing access to educational tools in areas and communities with l...

The most relevant open & connected
network for sustainable business development.

Nir-vana wants to be the first open innovation platform focus on sustainability.

According to the EU Action Plan there is a huge need of change to a more sustainable future and to collaborate and assure to achieve the SDG.

Nir-vana is the only platform integrating seamless "search and find" to the next stage of collaborating.

Get connected with experts and companies for partnering. Find trusted innovation advisors, certified by Enterprise Europe Network and build up your team of partners, companies and experts you need for your innovation.

Discover potential funding opportunities for your innovation. On nir-vana you have access to national and EU funding programmes, public funding and private investors.

Get connected to consultants and advisors specialised on funding and grant preparation.

If you want to know more, you can explore our product below or visit our Cookie Policy.